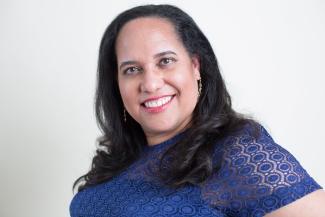 Tying it all together

Self-determination is a powerful force to reckon with and the Ukrainian people are valiantly demonstrating that.   I remember the pride in my maternal grandfather’s voice when he would remind us that the Seminoles (of Florida) were not under a treaty with the U.S.   The U.S. government would spend more money, ammunition and deploy more soldiers fighting the Seminole Indians than all other tribal nations combined.1  When a people refuse to be conquered, the spirit of resistance can exceed what was previously calculated.

JP Morgan Chase and Goldman Sachs are pulling out of Russia.2  We have stopped our purchase of Russian oil and other countries are joining that effort.  Between last year’s start of the Great Resignation and the pandemic’s impact on energy production and supply, we are seeing inflation in multiple areas of the economy.  A recent poll revealed that most Americans are willing to pay more at the pump if it means it will help the Ukrainian resistance.3

How might we anticipate an impact on market investments and our everyday lives?  Well, not only do higher prices at the gas pump throw off our budgets, but they also can change the services we have come to expect.  Contractors might not offer free quotes for their services because it costs money to come out and that becomes a job not hired, as an example.  Employers are having to pay more for experienced labor and after decades of depressed wages, they may pass the extra cost onto the consumer rather than adjust executive wages.  So, we may need to adjust expectations that prices might not readjust as some economists have theorized after supply returns to normal levels later this year.

If wages continue to rise above inflation, it should balance out.  But if inflation exceeds our increase in earnings, it is going to feel like more of the same.  As for market investments, the companies are going to have to adjust their expected profit numbers for consumer markets that they are exiting.  That is a given but often not thought of until the numbers are announced.  New trade routes are being expanded so hopefully those areas will offset the losses and can be a focus of new investment opportunities that buoy portfolios.  This is a time to be nimble and aware of unintended consequences.