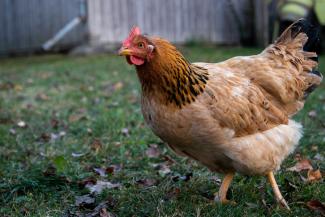 Henny-Penny, is the sky really falling?

With the fervor that market news outlets are reporting fears of a recession, it reminds me of the children’s story tale of Henny-Penny running around crying that the sky is falling.  Some analysts are saying it is as if we are trying to talk ourselves into a recession.  Let’s take a rational pause and digest what is happening around us.  I just returned from a retirement conference where Kenneth Entenmann, CFA, Chief Economist for Epic Retirement Plan Services, shared some compelling facts that most could say they are witnessing as well:

Before the pandemic, some of my clients in their late fifties and early sixties were sharing accounts of age discrimination they were experiencing in the workforce.  Now, it is the opposite.  The mature, seasoned worker is a valuable commodity as they know how to show up on time and are prepared to contribute.  One cousin of mine who retired this year was hounded to return to the airport’s TSA as they need experienced workers to manage the onslaught of travelers.

It is key to factor in how the US economy earns its money – 2/3’s of our GDP is earned through services – we love our experiences.  Only 1/3 of our GDP is actually earned through goods – the making and manufacturing of stuff.  Remember during the pandemic when only “essential services” could be open for business?  Well, that was a real interruption for us on how we make a living.  Now that we’ve opened back up, the demand for services is increasing and ties right back to that number of 67% of small businesses are hiring, up from the previous month.

Level-minded analysts, like the Chief Economist who was cited earlier, are forecasting that if some ripple effects between the war and the increase in interest rates lead to a recession next year, it will be brief and shallow – not long and deep.  Not all recessions are created equal.  I suggest we strategically plan with a long-term view.

* US Bureau of Economic Analysis