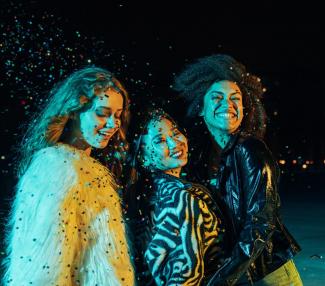 Are We Entering the Roaring 20's?

Last year’s March threw a curve-ball to everyone’s routines.  This year’s March revealed incredible gains for those companies that had a service or product to offer us while we were figuring out how to survive a pandemic.  The earnings recently announced by these companies have been an equivalent of kids coming home and reporting one by one that they made the honor roll on their report card. As a mother of three, you can see where my wishful thinking lies.

We humans typically resist change unless we are pushed.  We on-boarded a lot of change in how we transact in a short amount of time.  Now there is a trifecta situation of a combination of:

This has economists asking if we are entering the Roaring 20’s.  Ironically, our country experienced a pandemic in 1918 and the economy roared back in the 1920’s.  One economic analyst said it is likely to be the best recovery in his career.

The Fed’s new focus on ‘inclusive growth’ can provide the synergy needed as the current administration rolls out its infrastructure plan to not only update what is needed for strong commerce (better internet, bridges, roads) but also investing in our human capital.  The roots of the opioid addiction crisis have been linked to people with dashed hopes and dreams.  Replacing despair with the dignity that gainful employment brings becomes a natural anecdote with very positive side effects as families overall benefit.  Removing structural barriers for our human capital, like women out of the workforce due to lack of access to affordable childcare, can make this recovery feel like the Roaring 20’s.

Our nation’s ‘secret sauce’ has been the diversity of people that has built it.  Group-think, lack of diversity of perspectives, has been deemed to be the roots of the cause of the Great Recession.  If the current administration can achieve an improved leveling of the playing field for those who have been marginalized, bringing in a new diversity of perspectives to our workforce, we are likely to see an economic recovery that will make the history books.